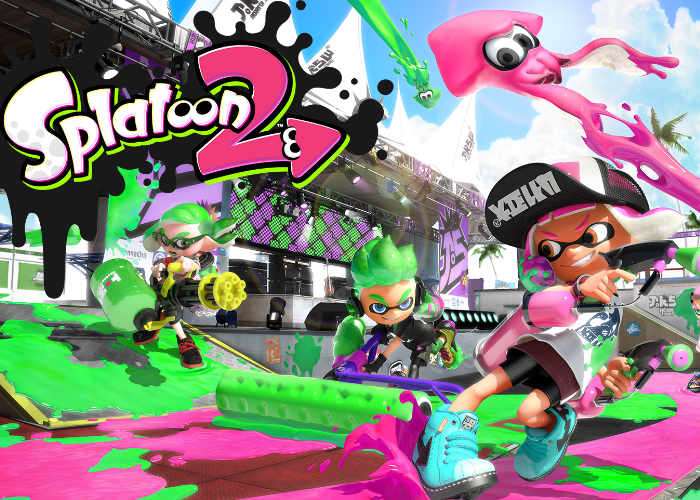 Those of you patiently waiting for your Nintendo Switch consoles to be delivered, may be interested to know that once you receive your hardware you will be able to take part in a Splatoon 2 Global Testfire next month enabling you to enjoy a little of the action before its official launch on the new Nintendo platform later in the year.

Splatoon 2 takes the form of a third-person shooter which has been specifically created by Nintendo for their new Nintendo Switch console which will be launching early next month on March 3rd, 2017.

Watch the official Splatoon 2 trailer below to learn more about what you can expect from the sequel which will be launching exclusively on the Nintendo Switch.

The Splatoon 2 Global Testfire will give Nintendo Switch owners six chances to play with other owners worldwide during the three-day event. The timing of the event is as follows: