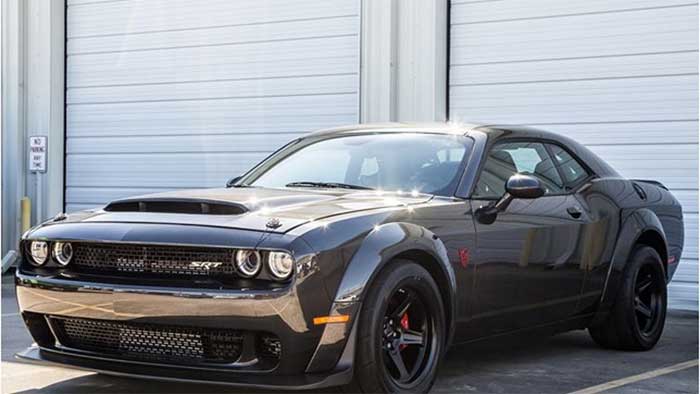 Speedkore is the company that took four Dodge Challenger Demon cars and gave them completely carbon-fiber bodies. The limited-edition cars were very expensive and one of them is up for sale in Texas at a dealership called BJ Motors. The car is incredibly expensive listed at $169,995.

Other than having a carbon fiber body, the car is significantly upgraded with 1400 horsepower. The version for sale was apparently never driven with only six miles on the odometer. The particular car for sale here is said to be the fourth and final car made.

The vehicle has almost every option you can get on the Demon including the heated and cooled front seats, 18-speaker sound system, and two-tone leather and Alcantara upholstery. One thing that is unclear is if the Demon Crate that Dodge offered with these cars that included skinny front tires and some other goodies is included.