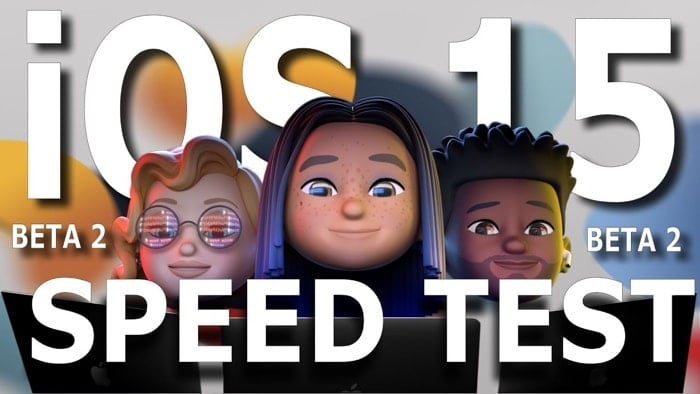 The new iOS 15 beta 2 software was released last week, we have already seen various features in the software. Now we get to see it in action in a speed test in a new video of iOS 15 Beta 2 vs iOS 14.6.

The speed test puts a number of iPhones side by side, one is running the new iOS 15 beta 2 and the other the current release of iOS 14.6.

As we can see from the video some of the devices boot up slightly quicker with the new beta of iOS 15, whilst others boot up quicker with the current release. There really is not much difference between the two.

There also do not appear to be any major speed improvements in the range of apps in the new beta over the current release.

This is only the second beta of Apple’s iOS 15 software, so there may be some speed improvements by the time the final version of the software is released. We are expecting Apple to release this some time in September along with the new iPhone 13 smartphones. We can expect to see a number of other betas of iOS 15 before then.