Speck has just unveiled a new style of iPad protection to its range in the form of a wrap. The new Speck iPad Candyshell Wrap is slightly different to other cases as it has a flip close lid thats also doubles as a stand .

The Wrap has a hard outer shell to protect your iPad from knocks with a soft rubber lining designed to prevent any scratches to your iPad and provide shock absorption when dropped. 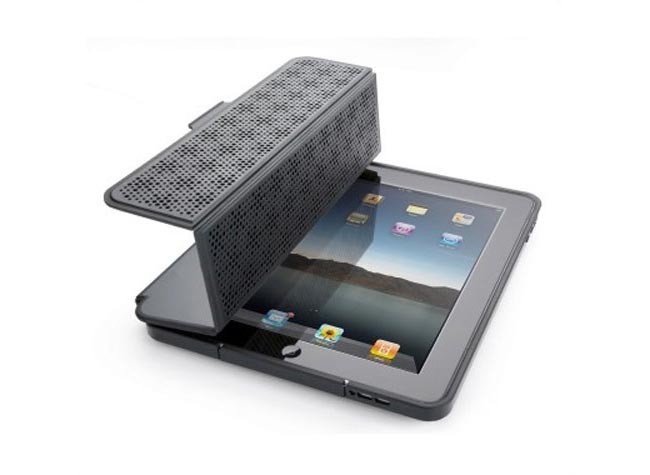 The Speck iPad Candyshell Wrap has a protective rubber cover over the sync port on the bottom and also has a flip-back panel allowing your iPad to be docked with Apples keyboard docking station. The wrap measures 0.87″ x 8.39″ x 9.8″ and it weighs in at 14.8 ounces. 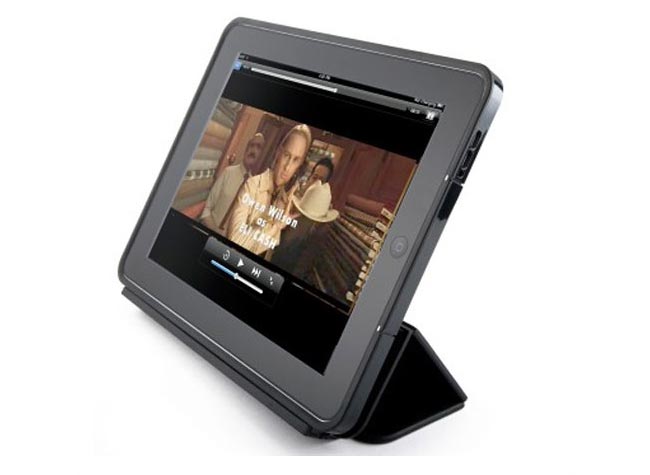 When the Speck iPad Candyshell Wrap starts shipping it will be available to purchase for $59.95