TAITO has launched a new version of Space Invaders for the Apple iPad, called Space Invaders HD, and from the looks of the screenshots it should be a cool iPad game.

Space Invaders HD on the iPad features a table top two player mode, where you can sit opposite your opponent and both play the game. 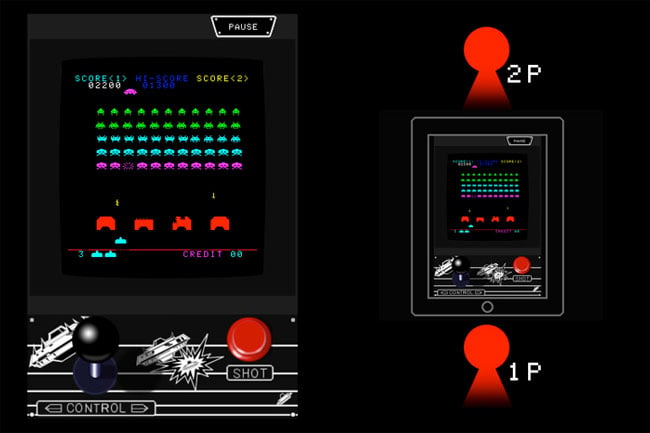 Experience the King of Shooting Games, the arcade hit that captured the hearts of legions of fans and took the world by storm! Use your cannon to defend Earth from waves of descending alien Invaders!

All the features you remember have been faithfully recreated: the elusive UFOs, the “Nagoya Attack” technique, and the endless game play!

Space Invaders HD is available for $4.99 from iTunes.