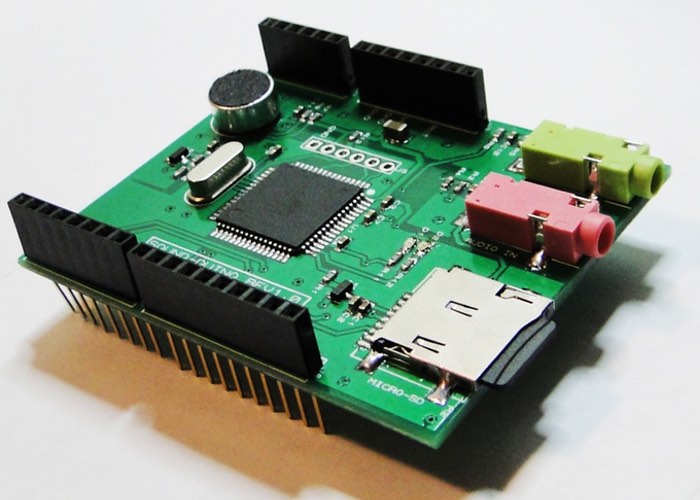 Serial Kickstarter and electronics engineer Masih Vahida has once again taken to Kickstarter to raise the required funds for his latest creation in the form of an Arduino Sound Shield aptly named the SoundDuino.

The SoundDuino Arduino sound shield is capable of working with voltages from 3.3v to 5v and if you use the other Arduino boards, the only pins that you require are GND, VCC, RX, TX.

Have you ever seen the electronic announcer devices like the ticket number announcer in departments or banks or restaurants that announces your ticket number ? Or have you ever been in elevators that play music during the movement and announce the floor number ?

And have you ever thought to make something like that yourself with your Arduino board and Arduino IDE simple and very fast to be able to play sound files with one command only ?

SoundDuino is a Sound Recorder and Player that is able to play the sound files from the Micro-SD memory card or even record sounds to the memory with your desired file name
It supports FAT16 and FAT32 and you can easily copy your files into the memory and to play them , you only need to use the library that we give you with this shield and just send the file name that you want to play