Designer Emanuele Canova has created a very stylish iPad speaker dock concept in the form of the Sound Box, which incorporates both a radio and alarm clock into the dock to allow you to use it even when your iPad or iPod is not docked within the device.

The speakers have been designed to resemble vases and blend into their surrounding decore rather than stand out as a lovely black box. The concept speaker dock would be controlled by a touchscreen control panel design and would include an intuitive interface. Check out further images of this stylish iPad speaker dock concept after the jump. 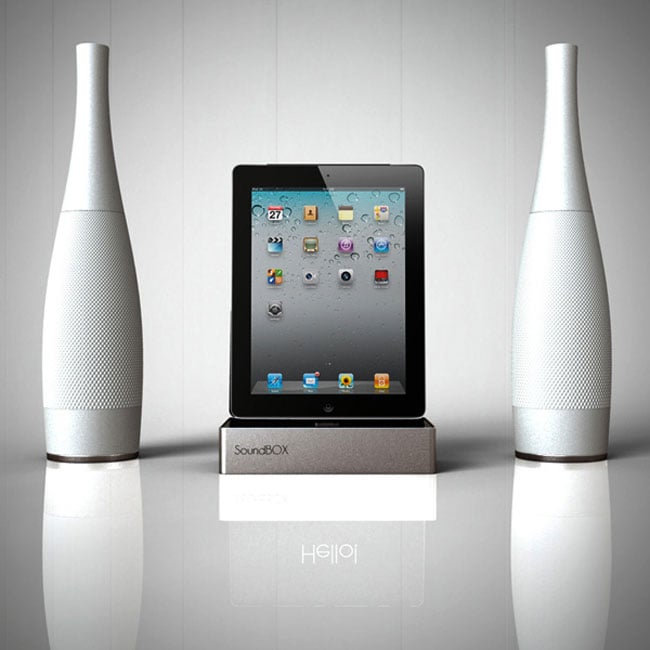 Unfortunately the Sound Box iPad Speaker dock is only a concept at the moment but shows how the iPad can be combined with an unobtrusive dock design to provide a complete aesthetically pleasing audio system.