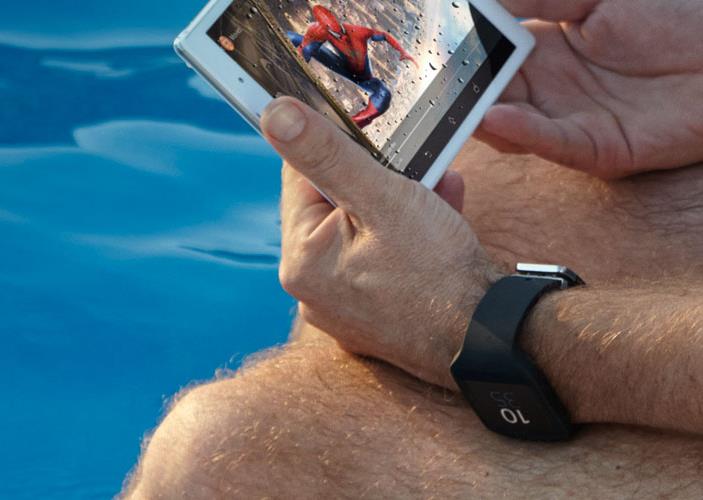 Sony is expected to launch a number of new devices at the IFA 2014 event in Berlin. Previous rumors suggest we may get to see a new smartphone — possibly the Xperia Z3 — along with a tablet and a smartwatch.

The tablet shown in the image appears to be an 8-incher, and will come with Sony’s traditional waterproof features — since the user is working with the tablet on the poolside. Additionally, an alleged Android Wear smartwatch can be seen on the wrist as well, suggesting that it will be water-resistant too.

While we’re not sure if it’s a mistake or if the company wants to tease it’s upcoming products, it should still come as an exciting news for Sony fans.

Sony is also expected to launch an updated QX len-style camera at the event as well. Stay tuned, we’ll update you as soon as Sony officially reveals its upcoming devices at the IFA 2014 event in Berlin.