A few months back, we spotted an alleged image of the Sony Xperia Z1 with T-Mobile logo, suggesting that Sony’s flagship device might make its way to the US with T-Mobile.

Recently, another press render has surfaced online, but this time, it’s the miniature version of the handset dubbed as Sony Xperia Z1s aka Xperia Z1 Mini, thanks to our very own @evleaks, who has been a great source of accurate leaked information in the past as well. 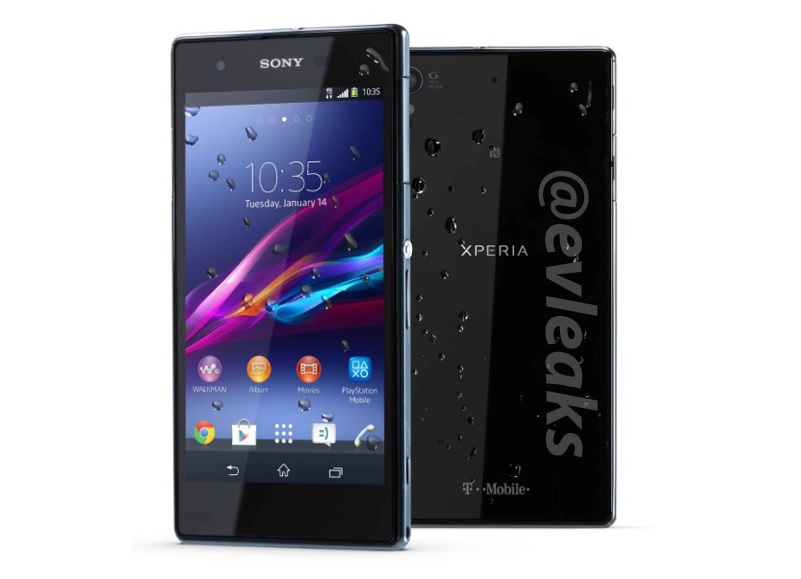 One of the reasons why there’s so much hype about the miniature version is it is expected to come with the same set of specifications introduced with the Sony Xperia Z1 back at IFA 2013, except a trimmed down display. The handset has already made an official appearance in Japan, while some suggest that it will also make a global appearance starting with China.

Based on rumors, the handset will feature a 4.3-inch display sporting 720p resolution, a quad-core Snapdragon 800 chipset with a clock speed of 2.2 GHz with Adreno 330 GPU and 2GB of RAM.

Other features include 16GB internal storage with a microSD card slot, 2,300 mAh battery, a same 20MP rear camera with G Lens, and possible Android 4.3 Jelly Bean as the operating system, pre-installed out of the box.

There’s no official word from Sony about its launch, but we’re wildly guessing that it might show up globally in the coming weeks. What do you think?