Sony launched its flagship Xperia Z1 last month at IFA 2013 in Berlin. The unlocked handset is available from various retailers across the globe, but we’ve yet to find any official confirmation from any US carrier who plans to add the handset to its Android portfolio. It seems as if we’re about to see one US carrier to start selling the Xperia Z1. 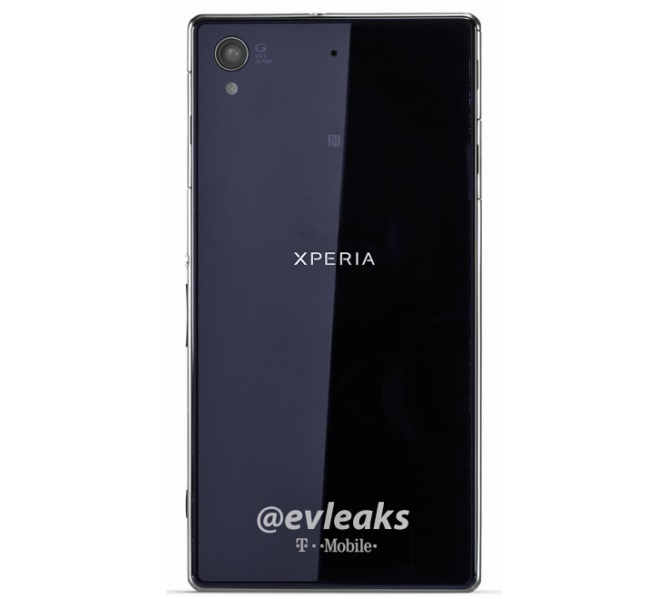 A new image of the Sony Xperia Z1 emerged on the internet showing a T-Mobile logo at the back panel of the handset, thanks to the serial leakster @evleaks. Actually, this makes sense as T-Mobile was the only carrier to offer Sony Xperia Z earlier this year and it seems that they’re about to launch its successor as well.

Sony Xperia Z1 brings 5-inch full HD display with a resolution of 1920 x 1080 pixels and X-Reality for mobile. The handset is powered by a quad-core Snapdragon 800 SoC clocked at 2.3GHz, 3,000 mAh battery, 2GB RAM, 16GB internal storage with a microSD card slot and runs Android 4.2.2 Jelly Bean on top of it. On the back, the handset comes with an impressive 20.7MP and BIONZ for mobile image processing engine. The handset is IP58 certified, which means that it’s dust and water-resistant.

There are no details about the launch availability or pricing of the handset, but we’ll update you as soon we get any information about its launch on T-Mobile.