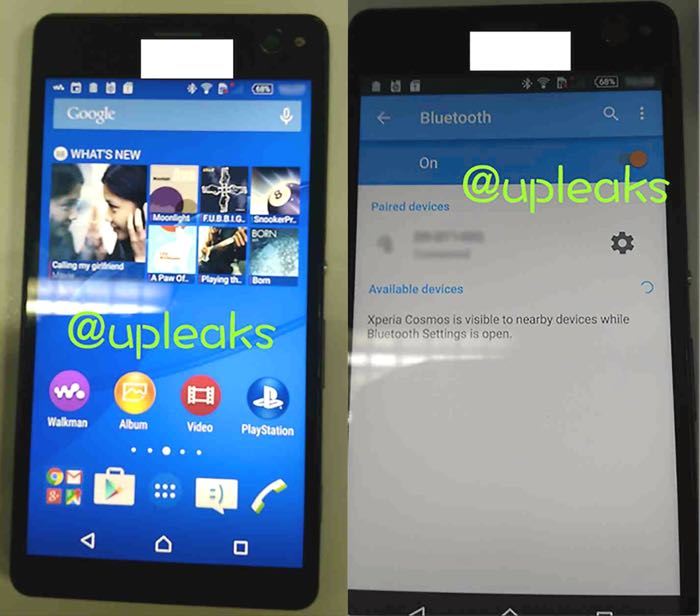 Whilst we are waiting for the launch of the new Sony Xperia Z4 smartphone it would appear the company has another device in the works, the Sony Xperia Cosmos.

The photo above shows the Sony Xperia Cosmos which was posted on twitter by Upleaks and the handset is said to be a smartphone with a focus on ‘selfies’.

The Sony Xperia Cosmos is an Android 5.0 Lollipop device and the handset features a front facing camera with a flash, which has been designed for taking selfies, so far there are no details on what megapixel camera will be on the front of the handset.

Processing on the device is said to come in the form of a MediaTek MT6752 processor, this is a 64-bit eight core processor which comes with ARM Mali T760 graphics, and we suspect the device will feature at least 2GB of RAM possibly 3GB.

As soon as we get some more details on this new Xperia Cosmos smartphone from Sony, including full specifications, a launch date and some pricing, we will let you guys know.