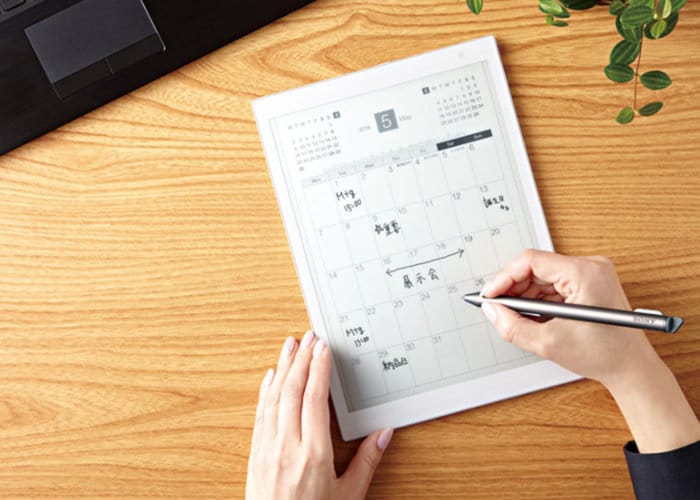 After launching their original DPT-RP1 Digital Paper E Ink tablet back in April 2017 equipped with a 13.3-inch display and a resolution of 1650 x 2200 dots. Sony has this week announced the imminent release of a smaller version of the Digital Paper E Ink tablet, that will be made available offering a smaller 10.3-inch screen and a resolution of 1404 x 1872 at 224 dots per inch.

Other features of the smaller DPT-CP1 Paper E Ink Tablet include 16GB of storage for PDF files and 16 levels of greyscale as well as support for sharing documents between Windows, Mac, Android and iOS devices. The E Ink tablet measures just 5.9 mm in thickness and a single charge of its battery can provide up to a months worth of use.

Unfortunately similar to the previous launch of its larger Ink tablet, Sony will launch the smaller tablet throughout Japan first pricing it at under ¥70,000 or roughly $650. The tablet is expected to be made available during June 2018. If Sony announces details of availability further afield we will keep you up to speed as always. For more information and full specifications jump over to the official Japanese Sony website by following the link below.