It has been revealed this week that a US distributor is preparing to sell a 13 inch Sony Digital Paper E Ink Slate which will be priced at around $1100.

Sony first unveiled their new Digital Paper E Ink Slate last year which is similar to a large Amazon Kindle device in styling that offers a specific range of functionality including the ability to sketch and take notes on the device. 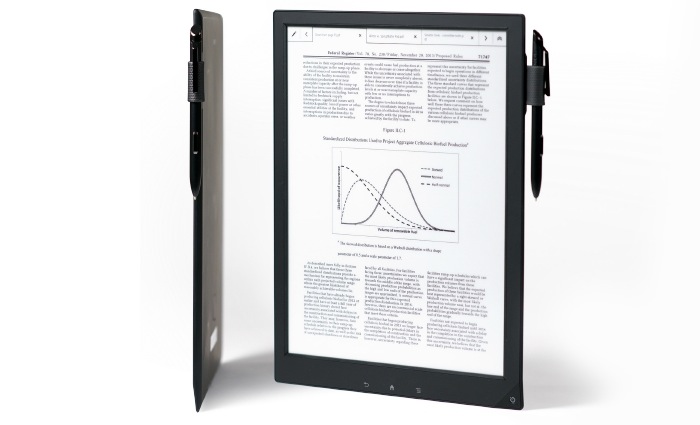 The US distributor Worldox that will be stocking the Sony Digital Paper E Ink Slate explains that the new Sony device is aimed at professionals and isn’t particularly a consumer device. Having been designed for enterprise markets such as legal, higher education, government with fairly restrictive features.

The Sony Digital Paper E Ink Slate features a 13.3 inch E Ink Mobius display sporting a resolution of 1600 x 1200 pixels and comes supplied with a digital pen and active digitiser, with 2.8 GB of internal storage available together with a microSD card slot for expandability.