Why not do your bit to save the world and environment, these necktie’s are created from 50% cotton and 50% cassette tapes. The Sonic Fabric Ties were created by designers Alyce Santoro and Julio Cesar. 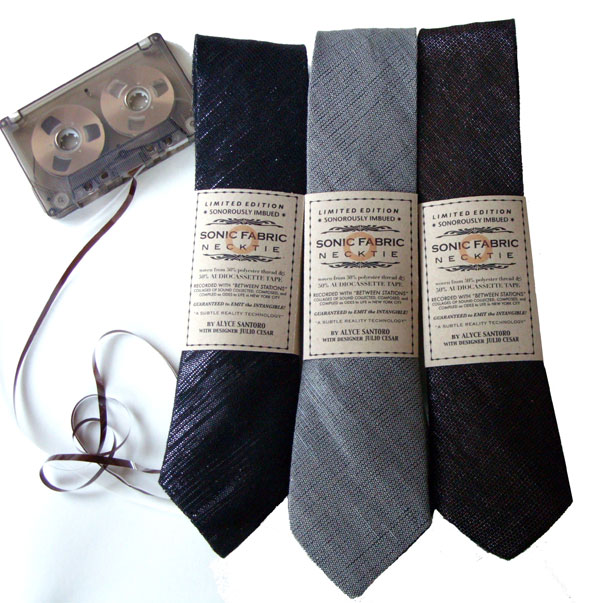 The idea behind the tie is that the wearer becomes a beacon for other-dimensional, intangible, subtle forces of good…much in the manner of a superhero. only this part of the superhero garb can be worn on the outside in the most conservative environment without detection! looks equally great with dress shirt or t-shirt. this tie is the thinner version – 2″ wide at the widest point. i also make a slightly wider version for more mature audiences.

The “Sonic Fabric Neckties” are available in black, dark brown, or light gray for $90 each from here and each one comes packaged in an earth-friendly kraft cardboard gift box.