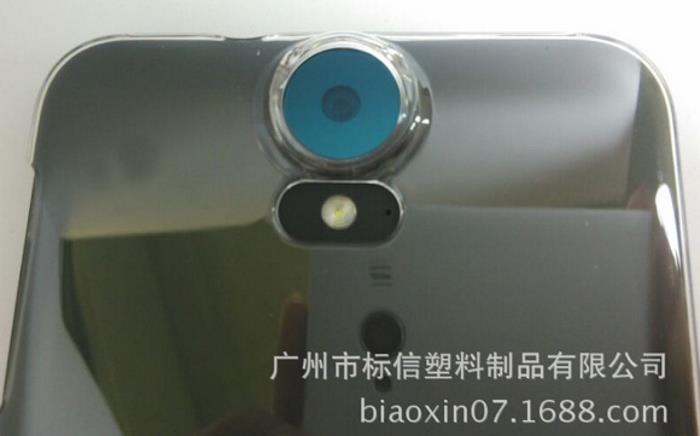 Earlier today, we came across some leaked images of the purported HTC One E9 in action, giving us a glimpse of the design of the alleged handset. It’s not the only time we saw it making rounds on the internet, earlier this month, the same handset was spotted at Chinese regulatory authorities as well.

Recently, the popular Twitter leaker Upleaks revealed some interesting information about the upcoming handsets. It seems it’s not just the HTC One E9, but the Taiwanese OEM is also reportedly working on the HTC One E9+ with a model number A55 which we’ve seen in the past few leaks.

So it turns out the handset we’ve seen numerous times in the past few weeks is not the HTC One E9, but the bigger version of the dubbed as the One E9+. As per Upleaks, the HTC One E9 will boast a full-HD display and a 13MP main camera for photos and videos. As for the HTC One E9+, the alleged handset will come with a QHD display as well as a 20MP camera.

Previous leaks suggest the HTC One E9+ with model number A55 will feature a 5.5-inch display, but the exact screen size of HTC One E9 is still unknown. The handset is rumored to come with a MediaTek processor paired with 3GB of RAM, 32GB of internal storage and Android 5.0 Lollipop with Sense 7 on top of it.

There’s no word from HTC about the existence of the handset, but judging by the number of leaks we’ve seen in the past few days, there’s a possibility that we may get to see it in the next few weeks. We’ll update you as soon as we get any other information about the handset.