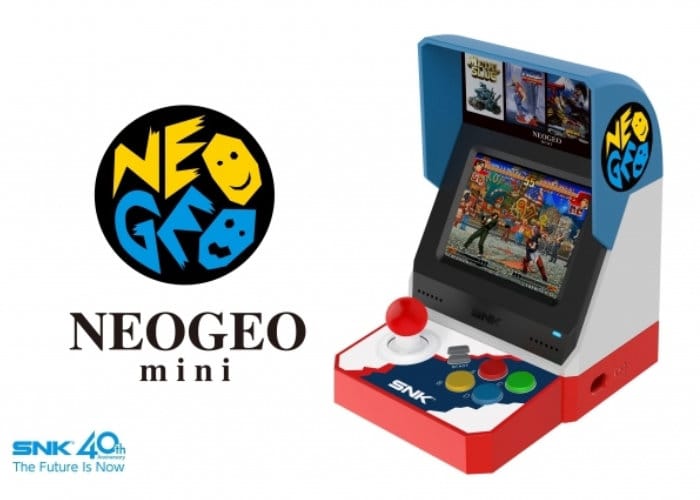 After images were leaked last week revealing the first glimpse of a new SNK Neo Geo Mini portable retro arcade console, SNK have this week confirmed its existence and plans to launch the tiny desktop arcade system sometime in the near future. The official images below reveal the arcade console in all its glory and SNK have released a few details confirming that the console will measure 135 mm × 108 mm x 162 mm in size and is equipped with a 3.5 inch display together with joystick and arcade buttons, weighing about 600 grams. 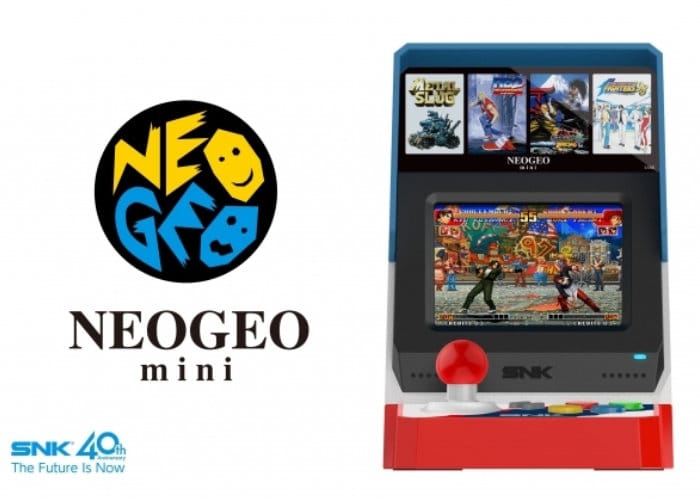 Other features of the games console include a HDMI port and two external controller ports. The console also comes preinstalled with a number of games which have yet to be confirmed but from the imagery should include Metal Slug, Metal Slug II, Real Bout Fatal Fury, Real Bout Fatal Fury 2: The Newcomers, The King of Fighters ’97, The King of Fighters ’98, Samurai Shodown II, and Samurai Shodown V Special.

Unfortunately, no information on pricing or worldwide availability has been released as yet by SNK for the Neo Geo Mini, but as soon as information comes to light, we will keep you updated as always.  As part of its 40th anniversary collection SNK will also be making available a Nintendo Switch.