The world’s largest VoIP service, Skype, has announced in a recent blog post that they will be rolling out advertising to Skype later this week, in an attempt to increase the companies revenue.

You can see what the Skype advertisements will look like in the screenshot below, and Skype has signed up a number of major advertisers which include Groupon, Visa and Universal Pictures. 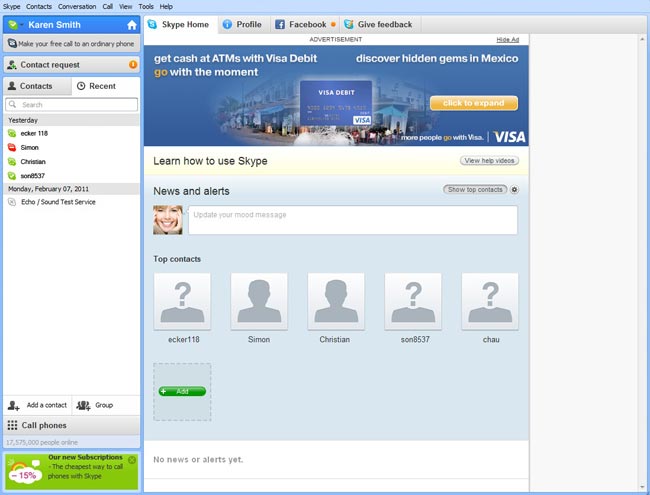 The adverts will be rolled out in the US, UK and Germany, and according to Skype, the adverts will only be shown occasionally and the company intends to show an advert from one brand per day.

It will be interesting to see how Skype users react to the new adverts when they are rolled out, what do you guys think, will this make you switch to another VoIP service that doesn’t contain adverts?