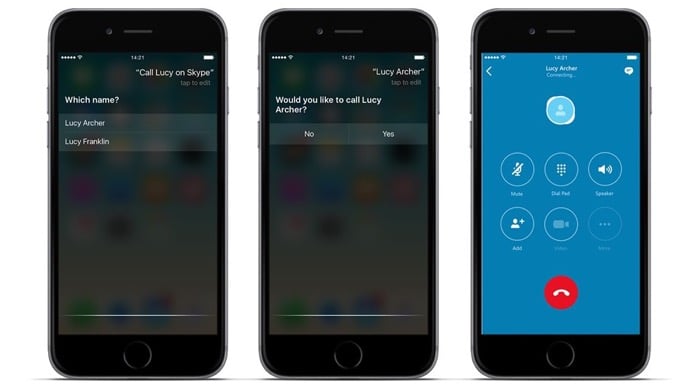 Microsoft has released a new version of Skype for iPhone and the latest version of the app comes with integration for Apple’s Siri.

You can now use Siri to make calls with Skype using voice commands, there are also a number of other new features in the update.

With iOS 10 and SiriKit, calling someone on Skype is as simple as using the same voice commands you’re already using. Let’s say you’re trying to call Lucy Archer on Skype.  If you have her Skype contact information saved in your iOS device, simply say “Call Lucy Archer.”  Siri may ask for you to confirm it has the right contact—one click later and your Skype call is initiated!

Additionally, because Skype takes advantage of CallKit within iOS 10, incoming Skype calls will now show up just like regular calls. This will make it easy to switch between or answer Skype and regular calls using the built-in iOS functionality you are already used to. Starting in October, we’re also extending this CallKit functionality to our Skype for Business iOS apps, giving business users the same great calling experience.

You can find out more information about the latest version of Skype for iOS over at Skype at the link below.