Lego MindStorm NXT has been used to create a wide variety of wonderful Lego creations over the past, many of which we have featured here on Geeky Gadgets. Now the Lego MindStorm NXT has been used to build a Skype controlled vehicle. Enabling you to call it up and start controlling it from any where in the world through Skype. Watch the video after the jump to see how the Skype controlled car functions. 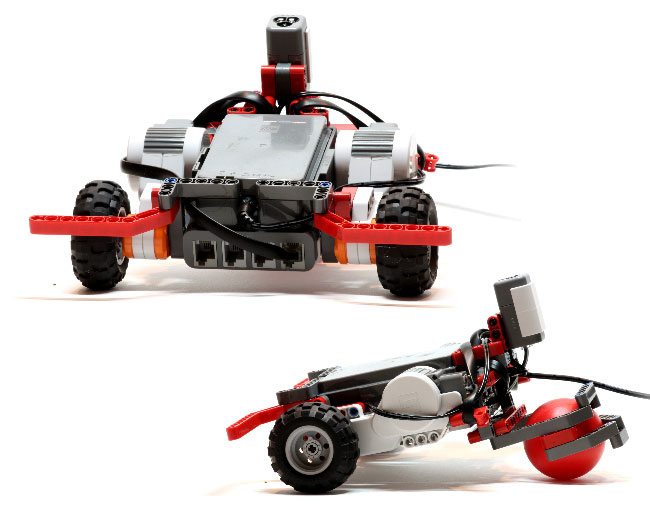 If you fancy controlling the car yourself it will be available to call up until the 1/18/2012 by simply goto the YouTube video  or World of MindStorms website.

Leon the 14 year old creator of the vehicle explains:

“I’ve been creating websites for a while now, and I was trying to think of a way to combine it with Mindstorms NXT, and this project is the result of that. The webpage is fairly simple – it’s got three arrows (one forward, two to the sides) and a start and a stop button. Clicking the start arrow will begin a Skype conversation with my computer, after which the user should share their screen; the NXT standing in front of my computer (called “Jeeves”) can then “see” the webpage the user is viewing.

That’s where the cool part kicks in – when the user clicks any one of the arrows or the stop button, the page will change to a different shade of gray. This shade of gray is then picked up by Jeeves, who turns it into a Bluetooth message for the other NXT (called “Alfred”). The car then drives in the direction the user tells it to, while remaining within a fenced off area where the webcam can see it.

So, the user can drive a LEGO Mindstorms NXT car, from the comfort of his or her home, without having to install any kind of software (provided that they have Skype).”
For full details on the construction of the Skype controlled Lego MindStorm NXT car jump over to the World of MindStorms website for more information.