If you have been enjoying using the new Siri intelligent personal assistant that comes as part of iOS 5 on the new Apple iPhone 4S. You will have already discovered if you live outside of the United States that there are certain restrictions in place when you try to perform either a local business search or asking to provide directions on your map.

At the moment Apple’s new Siri intelligent personal assistant, which is accessible via voice commands doesn’t provide local search data or map directions unless you are in the United States. However local search and maps support has now been listed on the Apple website in their FAQ section to be arriving sometime in 2012. 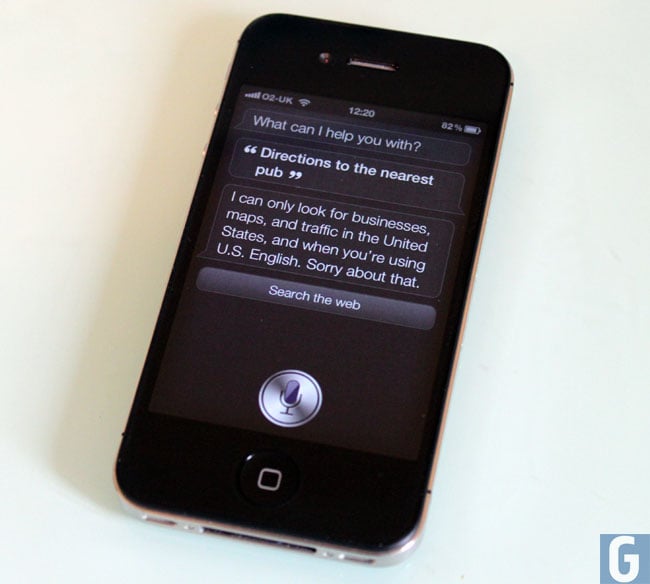 Siri uses the processing power of the dual-core A5 chip in iPhone 4S, and it uses 3G and Wi-Fi networks to communicate rapidly with Apple’s data centres. So it can quickly understand what you say and what you’re asking for, then quickly return a response.

Having picked up my new iPhone 4S on Friday I have had a little bit of time to be able to put Siri through its paces and found after a little bit of contact tweaking and perseverance in the beginning. Siri will respond extremely well to your commands after a little practice, and is a great addition to the iPhone set of features. You can read my first impressions over on the article published on Friday here.