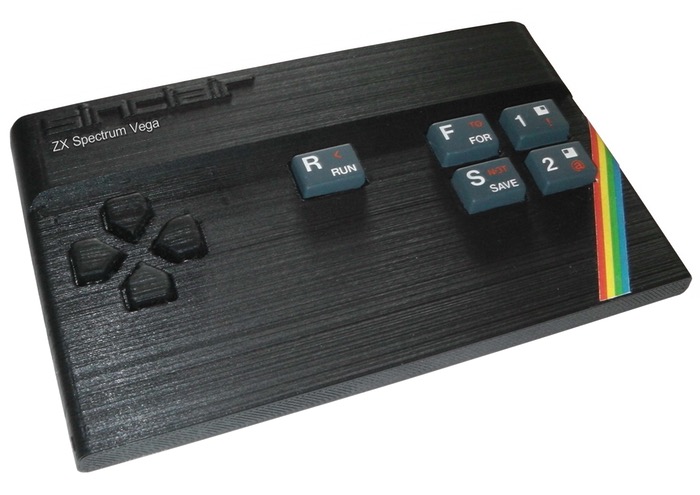 If like me you owned one of the original ZX Spectrum arsenal computers or fancy playing some retro games, you might be interested in a new crowd funding campaign that has launched over on the Indiegogo website to fund the development and launch of the new Sinclair ZX Spectrum Vega retro games console.

For £100 you will be able to get your hands on one of the limited edition Sinclair ZX Spectrum Vega consoles that are being produced in a first run of 1,000 units.

“The Vega has been developed by Chris Smith, a former ZX Spectrum games developer who is the world’s leading expert on Sinclair Spectrum technology and author of the definitive technical book “The ZX Spectrum ULA: How to design a microcomputer”.

Retro Computers Ltd is making arrangements with the owners of the software rights to Spectrum games to donate a combined software royalty to a charity – Great Ormond Street Hospital for Children. The company’s Chairman, Dr David Levy, had his life saved by the hospital when he was diagnosed with meningitis as a 3-year-old.

This Indiegogo campaign is to raise funds to manufacture the first 1,000 units of the Vega within the UK and to prepare us for the second production run.”

For more information on the new Sinclair ZX Spectrum Vega jump over to the Indiegogo website for details and the ability to make a pledge starting from £100 to be one of the first to enjoy the retro gaming experience. Playing such games as Manic Miner, JetPac, Fred and others and every Vega sold will contribute to a children’s charity.