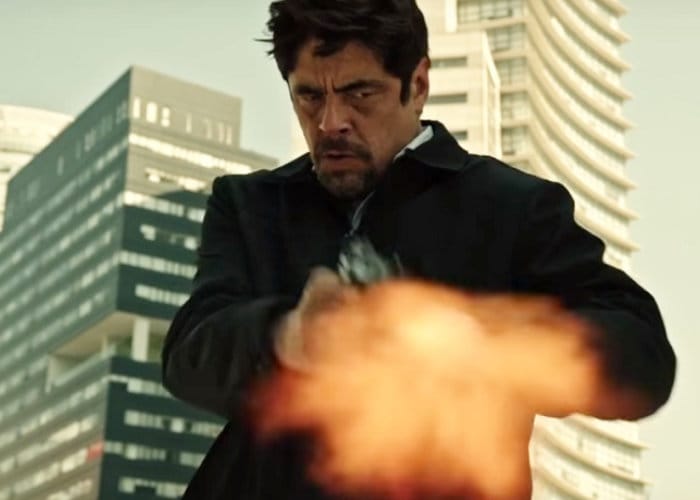 The first movie trailer has been released this week from Sony Pictures Entertainment for the highly anticipated sequel to Sicario, aptly named Sicario 2 : Soldado. The action crime thriller Soldado which is Spanish for ”soldier” has been directed by Stefano Sollima and written by Taylor Sheridan. Once again Benicio del Toro and Josh Brolin take on their roles from the first are joined by Catherine Keener and Matthew Modine. Sicario 2 : Soldado will be premiering in theatre screens worldwide in the middle of next year from June 29th, 2018 onwards. Check out the first trailer for Soldado to whet your appetite for the sequel which also stars Isabela Moner, David Castaneda, Elijah Rodriguez and Ian Bohen.

After discovering that drug cartels are smuggling terrorists across the US border, the CIA sends Matt Graver (Josh Brolin) and former undercover operative Alejandro (Benicio del Toro) to eliminate the problem. Along the way, Alejandro revisits his old nemesis to settle scores.

As more trailers and information are released by Sony Pictures Entertainment in the run-up to the film’s premiere during June 2018 we will keep you up-to-date as always.