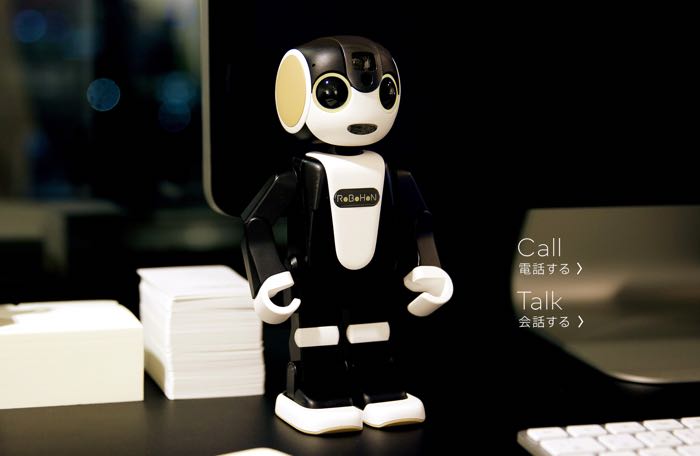 Sharp has launched a new smartphone that looks like a robot, the device walks around and can read you your messages called Sharp Robohon.

We first saw Robohon last year when the device was in the concept stages, Sharp has now launched its new robot smartphone and it will cost you $1,800.

The Sharp Robohon looks like a toy, it stands eight inches tall and features a 2 inch display on the back, it comes with a front facing camera which can identify different people and it also comes with voice recognition.

The device also features a built in projector that can show you videos and photos and it is running on Google’s Android OS in the form of Android 5.0.

You can see this fun robot smartphone in action in the video below, he looks more like a robot assistant rather than a smartphones.

The device is designed to be controlled using voice commands rather than using the display, it certainly looks very interesting from the video, although you may get some strange looks when you are using it to make phone calls.

The Robohon is now up for pre-order for 198,000 Yen which is about $1,800 at the current exchange rate, you will also need to pay $6 a month for the voice recognition features. You can can find more details about Sharp’s fun looking robot smartphone at the link below.