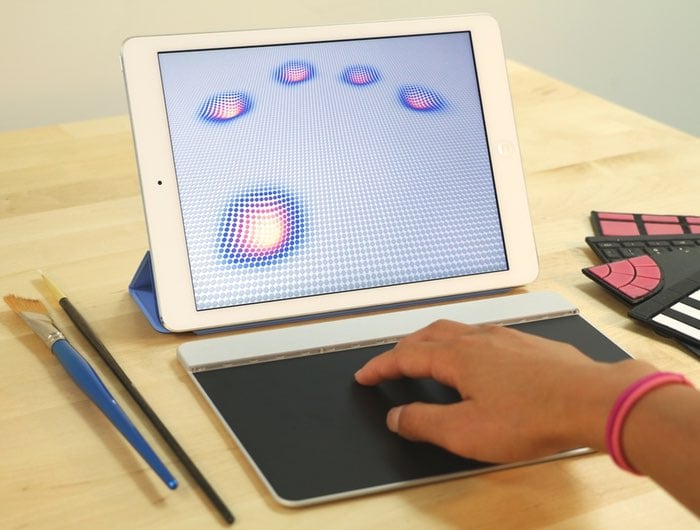 A new input device has been created by Sensel that has been designed to provide users with the ability to use pressure sensitive multitouch input from a small portable Bluetooth device.

The Sensel Morph allows users to “interact with the digital world like never before”, say its developers, who explained more about the hardwares inspiration and design in the video below.

Sensel has launched the new input device over on the Kickstarter crowdfunding website with the aim of raising $60,000. Thanks to over 740 backers in just the first few days after launch the campaign has already passed $200,000 in pledges with still 43 days left remaining of the campaign.

The Sensel Morph offers a new generation of multi-touch interaction, powered by our patented Pressure Grid technology, in the form of an input device that allows people to interact with computers and programs in a whole new way.

With its high dynamic range of force sensitivity, The Morph can detect not just your fingers but any object, from a paintbrush to a drumstick.

The Morph works out of the box with many applications, and it’s also hackable for those more technically-inclined. You can connect it to your computer via USB, to your iPad via Bluetooth, or to your Arduino via developer cables.

Our mission from the start was to address the mismatch between the expressive capabilities of our hands and the restrictive interfaces of today’s devices. We want to enable new ways of interaction with digital devices and allow Morph users to unleash new possibilities in the worlds of music, art, gaming (cue Buzz Lightyear), and beyond!

Best of all, you can use the same device in each of these areas. People today have many hobbies and interests- isn’t it time you have a device that literally “Morphs” with your activities?

The Sensel Morph is now available to pledge for from $199 for early bird backers, follow the link below to find out more.