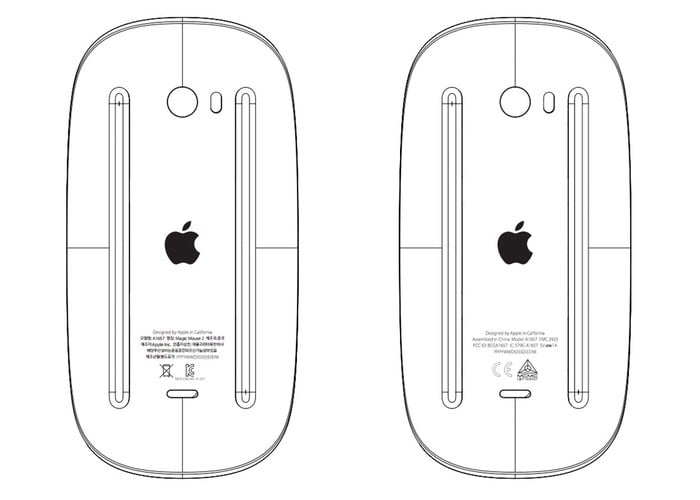 It seems that Apple is in the process of rolling out upgrades to both its Magic Mouse and Wireless Keyboard as new hardware has been spotted making its way through the FCC.

The new Bluetooth Magic Mouse will be launched called the Magic Mouse 2 the FCC filing reports, although nothing seems to have change to the name of the Wireless Keyboard.

Unfortunately very few details have been given away by the drawings and the design of the Magic Mouse 2 seems very similar to the previous edition. Although it is being speculated that new keys to support iOS 9, may be included on the keyboard and maybe backlit keys although this has not yet been confirmed by any leaked drawings or by Apple officially as yet.

What we do know is that the new Magic Mouse 2 and Wireless Keyboard will be fitted with Bluetooth 4.2 Low-Energy connectivity. You can expect more details to be officially unveiled by Apple during its rumoured September 9th Press Event during which the company is expected to launch its new range of iPhone 6S devices. Jump over to the FCC website for more details on the documents and hardware that have been filed by Apple.