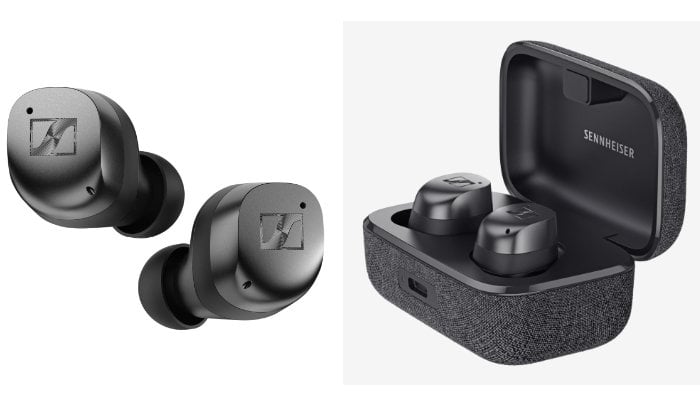 It seems that airline Lufthansa is inadvertently leaked the new Sennheiser Momentum True Wireless 3 earbuds ahead of their official launch providing details of specifications in a few images. The leaked details were uploaded to the airline’s WorldShop website and shortly after the mistake was noticed were removed. However not before details were gleaned.

The new Momentum True Wireless 3 earbuds are expected to launch sometime later this month and the price that around $275 or roughly €249 depending on your location. The earbuds provide seven hours of playback on a single charge and the charging case adds four additional charges adding an extra 28 hours to your playback. When flat the earbuds take approximately 90 minutes to charge to 100% via a USB-C connection. Other features include support for SBC, AAC, aptX and aptX Adaptive and hybrid adaptive ANC thanks to the four microphones Sennheiser has added to each earbud.