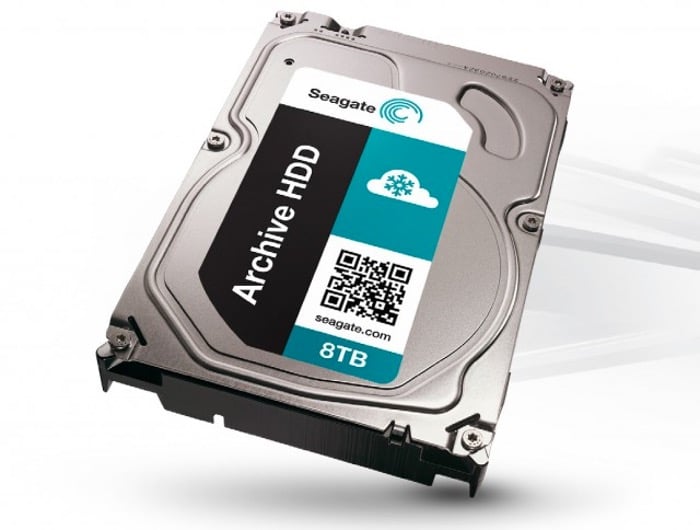 Although we are rapidly closing in on a capacity limits that traditional hard drives are capable of storing, manufacturers are still pushing the technology to its limits and this week Seagate have unveiled their latest creation in the form of the Seagate 8TB Archive HDD hard disk.

The Seagate 8TB Archive HDD is priced at an affordable $260 or around three cents per gigabyte and they have been specifically designed for applications that require backing at the extreme volumes of data.

The range of hard drives will be available in 8TB, 6TB, and 5TB models and all in Standard and Secure variations with the Secure drives equipped with a hardware encryption chip.

The preformance of the hard drives is not a priority and that drives spin at 5,900 rpm providing a transfer speed of around 150 MB per second.Even though performance may not be at the top of the list reliability is and Seagate has rated the new range of drives at around 800,000 hours and is offering a standard three year warranty with each hard drive.

“Seagate Shingled Magnetic Recording, or SMR, is breaking barriers to new areal densities and adding greater than 25% capacity growth by maximizing the number of tracks per inch on a single disk.”