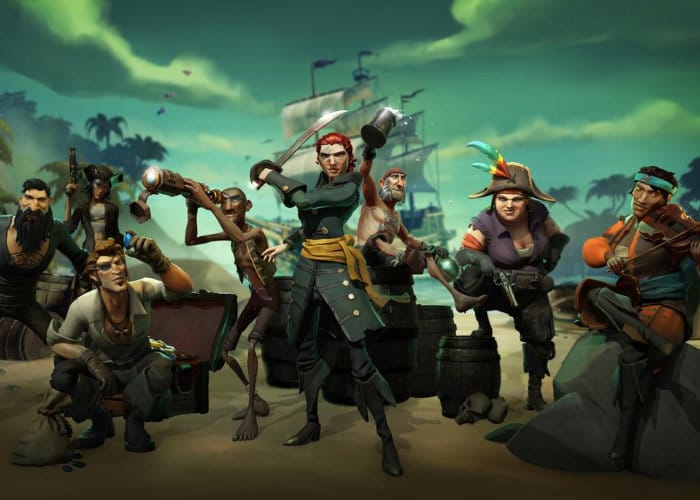 If like me you have been patiently waiting for the highly anticipated launch of the new Sea Of Thieves pirate adventure to launch on the Xbox One and Windows 10 PC systems, you’ll be pleased to know that it is now available to enjoy. Sea Of Thieves is a unique multiplayer in that it offers cross-platform play allowing Windows 10 and Xbox gamers to team up and rule the waves.

If you are interested in upgrading your old Xbox 360 to enjoy the new Sea Of Thieves game you may be interested to know that Microsoft is offering a free copy of the game with Xbox One consoles for a limited time. More details are available here. Check out the official launch trailer below to learn more about what you can expect from the multiplayer pirate adventure now available on the Xbox and Windows PC systems.

“Packed to the seams with sailing and exploring, fighting and plundering, riddle solving and treasure hunting, Sea of Thieves has everything you need to live the pirate life you’ve always dreamed about. Set in a glorious world of exotic islands, hidden treasures and dangers both natural and supernatural, Sea of Thieves immerses you in a new type of multiplayer action. Whether you’re adventuring as a group or sailing solo, you’re bound to encounter other crews – but will they be friends or foes? And how will you respond? With Sea of Thieves, you can join your friends, assemble your crew and become a Pirate Legend, and Xbox Play Anywhere and cross-play ensure you’ll be sailing with friends regardless of your platform of choice.”