The guys over at Yanko Design say that this watch looks a lot like the one that Harrison Ford wore in Blade Runner. I can’t say that I recall the watch nearly as much as I recall all the robots getting shot. Whether or not this watch actually looks like the one in the flick, it is pretty cool even if it does seem like it would be a lot of work.

The watch has a square with a grid of numbers. The hours are on the bottom of the grid and the minutes are on the left side. The time is specified by where the moving watch stripes cross. 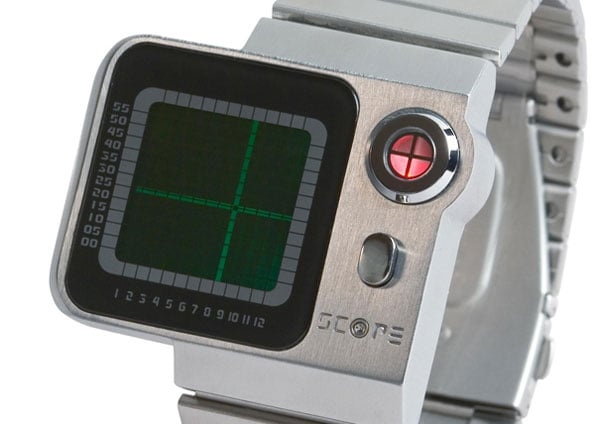 I can really see this watch being an issue for me. Some days I still have to start at noon and count by fives with the Roman numeral clock in my living room. The watch can be had in black or silver with several face colors available for $189 on the Yanko Design store.