While not an inspiring craft for the more swashbuckling adventurers out there, the Fold a Boat is ideal for solitary journeys across Europe’s rivers and streams. Canals too as the Old Continent is just full of them. Not sure if you can try this on the open sea though. But as the vaunted SAS like to proclaim, ‘Who dares wins!’ 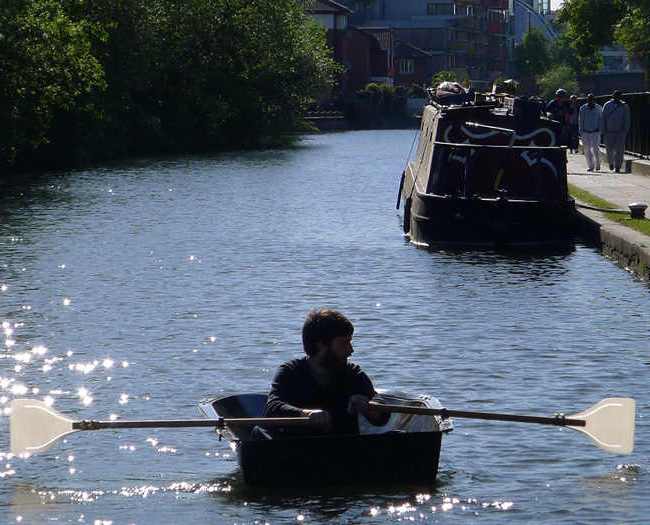 The Fold a Boat isn’t in production yet nor is it available for pre-orders. It is, however, a viable craft that was sprung from a 2D hand drawing. Sure it’s ridiculous but that’s the origin story for this.

The Fold a Boat in its current incarnation is an eight-foot wonder that can hold a total of a single passenger. Two people would be straining its capacity though. A collaborative project by Arno Mathies and Max Frommeld (pictured above testing the craft in a canal somewhere), the Fold a Boat can be reducted to a small bag and carried like luggage. If you don’t believe us, see this.

On a closing note, don’t expect to be conducting piracy on the high seas with a Fold a Boat. Even the Somalis have tougher boats for that kind of job.