3DTV’s seems to be becoming more popular, and now Sanwa has announced a new pair of 3D glasses which are designed to work with any 3DTV no matter who has manufactured it.

Sanwa has said that their new universal 3D glasses are compatible with any 3DTV from Japan, including models from Sony, Panasonic, Sharp and Toshiba. 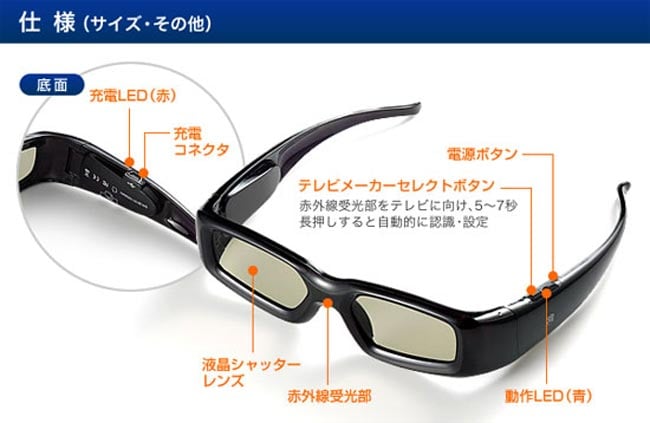 Sanwa will start selling these universal 3D glasses for $95 a pair, and they can be re-charged via USB.