SanDisk has launched a new SDXC card, the SanDisk Extreme SDXC UHS-I card which the company claims is the worlds fastest 128GB SDXC card, and it is capable of capturing up to 10 hours of full HD 3D video. 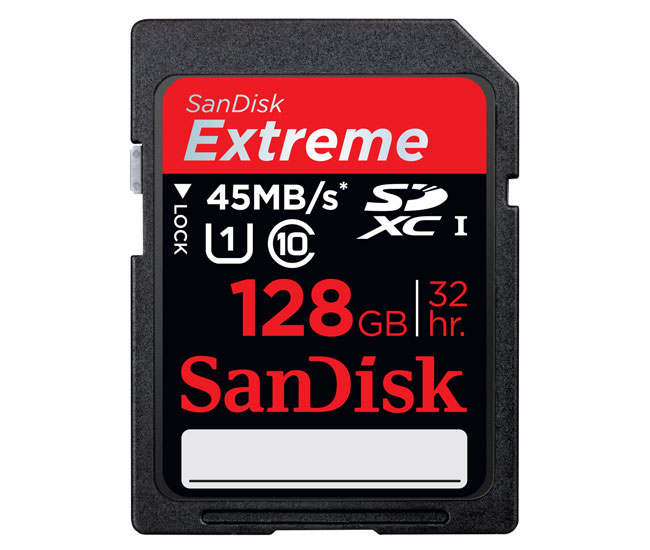 The 128GB SanDisk Extreme SDXC UHS-I card is based on the new Ultra High Speed (UHS-I) architecture and is designed to capture hours of top-quality video footage. The card’s UHS Speed Class 1 rating surpasses the recording requirements of demanding video use cases-from home movies captured on a DSLR to high-quality 3D footage.