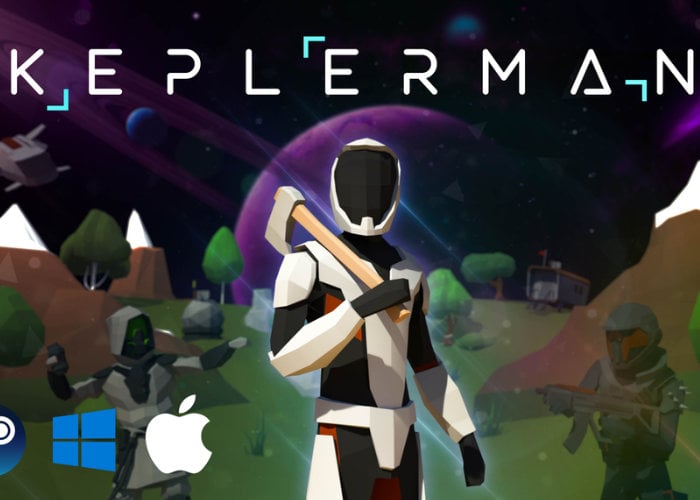 A team of developers based in Milan, Italy has created a new innovative sandbox survival game called Keplerman which combines both 3D modelling, chemistry and your survival instincts. Allowing you to craft a variety of different tools, buildings and vehicles using the wide variety of resources available on the planet.

“In keplerman you play the role of Ezra, an aerospace engineer, who left with his family for a tour of space. Everything was going fine until space debris collided with the spaceship, causing many to be victims, including his wife Sarah and his daughter Teresa, who were unfortunately in the worst hit area. As if this was not enough, all communication systems were destroyed and all the personnel on board were dead. Of 738 passengers only 35 remained alive, including Ezra and his son Ethan. In addition, the spaceship ended up off course and the fuel tank was ripped apart, causing a leak. The few survivors ran to the shelter in a safe room, with food and limited oxygen.”

“Fortunately there was an emergency spacecraft with a backup communication system. As Ezra’s job involved designing satellites, he offers to go and look for help, hoping to put himself in contact with another spaceship. After days of travel, Ezra began to pick up a signal coming from a research camp on a planet called Kepler 33f. He began landing manoeuvres but because of strong winds and a very strange atmosphere, it crashed to the ground, destroying a large part of the spaceship. So the protagonist, following the lifeboat radio system instructions, began his journey to find the research camp, thus starting a fight against time to save his son and all the survivors for whom there isn’t much time left.”