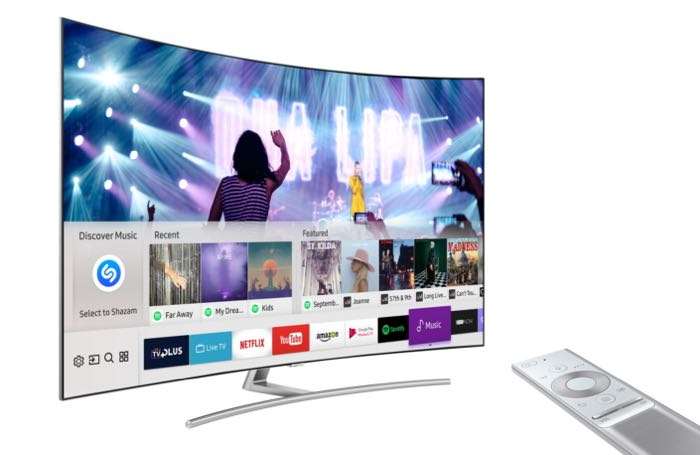 Samsung has announced that all of its 2017 Smart TVs now support Shazam. Shazam will work with Samsung’s voice remote on the range of TVs.

Samsung Electronics announced today the release of a new update for its 2017 Smart TV platform to support Shazam, one of the world’s most popular music apps. Shazam provides users with a customizable service and is available on Smart Hub of 2017 Samsung Smart TVs.

“We are thrilled to provide our Smart TV users with the ultimate music service through our partnership with Shazam,” said Hee-man Lee, Vice President of the Visual Display Business at Samsung Electronics. “Smart TV capabilities are constantly evolving with the addition of innovative apps, and we are committed to continually delivering advanced technology through partnerships with highly capable software companies like Shazam.”

You can find out more information about Shazam on Samsung’s Smart TVs over at Samsung at the link below.