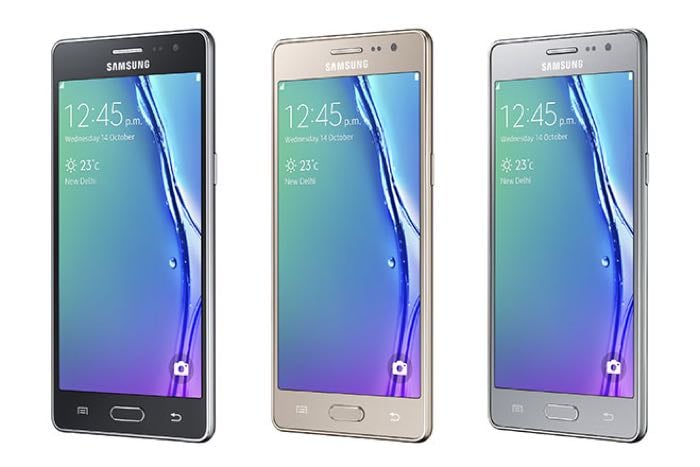 Samsung just announced their new Tizen smartphone, the Samsung Z3 and now we have the full specifications on this new handset.

The Samsung Z3 comes with a quad core 1.3GHz processor and features 1GB of RAM, there is also 8GB of built in storage and a microSD card slot which supports up to 128GB cards.

The Z3 features a 5 inch HD Super AMOLED display with a resolution of 1280 x 720 pixels, the device also comes with front and rear cameras. 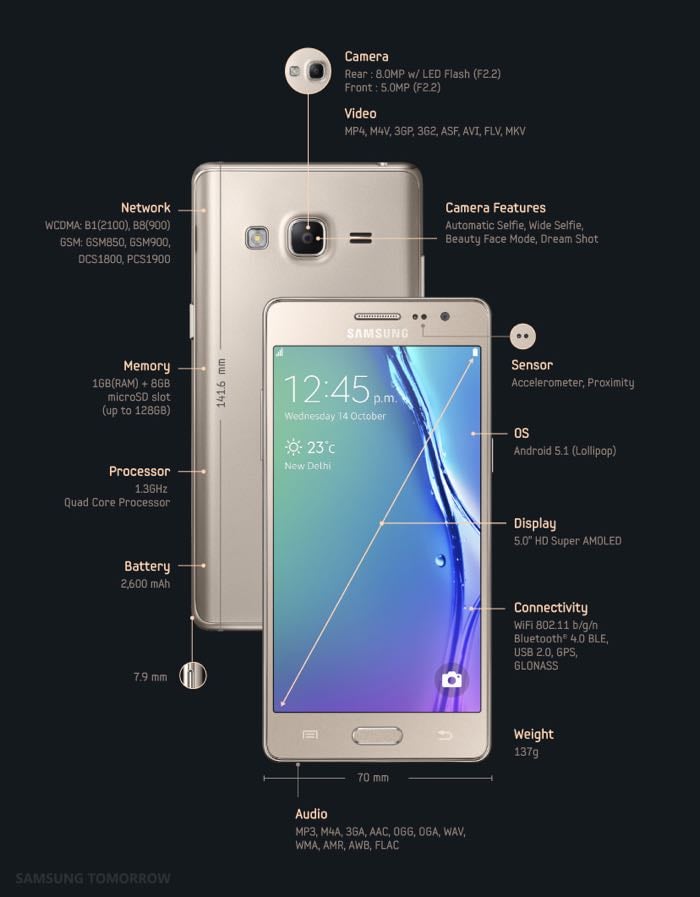 Thew handset comes with with a proximity sensor and an accelerometer and connective comes in the form of WiFi, Bluetooth, 3G, USB 2.0 and GPS plus Glonass.

You can find out more details about the new Samsung Z3 smartphone over at Samsung at the link below, the device launches in India later this month.