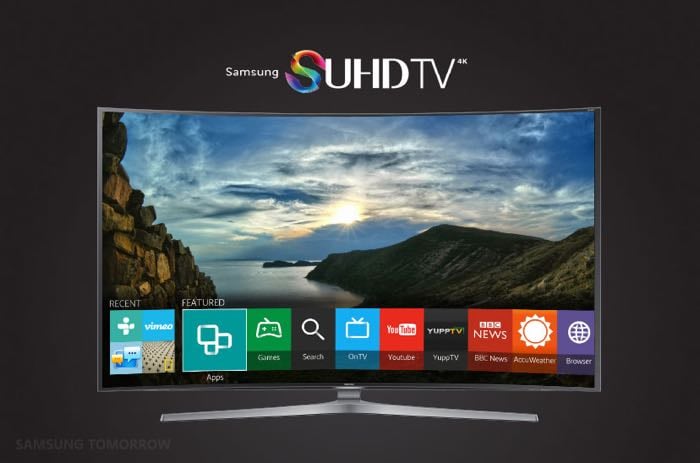 Samsung has been trying to get their new Tizen OS off the ground, the company also uses the OS for their range of smart TVs and also some of their connected appliances.

Samsung has now provided more details about Tizen OS on their smart TV range and their plans for the OS going forward.

The 2015 Samsung Smart TV with Tizen boasts fast performance and better connectivity. The Smart TV can automatically recognize that your smartphone is used to watch movies on the go, and with the press of the ‘Quick Connect’ button, you can enjoy the same video on a larger TV screen from where you left off. It’s also very easy to transmit videos from the TV to smartphones.

Tizen can also be installed on home appliances such as refrigerators, washing machines, air conditioners and robot vacuums. In the age of the Internet of Things where countless devices will be connected to each other, Tizen will make the TV in your living room a control center for your devices.
For developers, it is now easier to develop new applications for Tizen, as the platform is open-source and supports the web standard for TV app development. This is well evidenced by the significant increase in the number of new applications and games that became available on the 2015 Samsung Smart TV, compared to 2014.

Tizen also allows Samsung Smart TVs to become part of a much larger content ecosystem, allowing easy collaboration with a number of partners for ultimate flexibility and unparalleled access.

We are looking forward to seeing some more Tizen OS smartphones from Samsung, as yet the company has not released a high end smartphone with their new mobile OS.