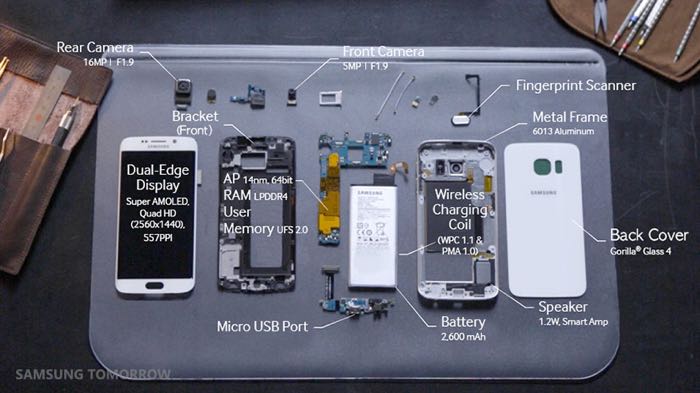 Yesterday we saw the Galaxy S6 Edge being taken apart by the guys from iFixit and now Samsung has released a video showing how the Samsung Galaxy S6 Edge is put together.

The video below starts off the a disassembled Galaxy S6 Edge handset and we get to see how the device is put together.

The Samsung Galaxy S6 Edge comes with a 5.1 inch Quad HD display with a resolution of 2560 x 1440 pixels and the device is powered by Samsung’s new Octa core Exynos 7420 processor.

The device features 3GB of RAM and a range of storage options which include 32GB, 64GB and 128GB, it also comes with front and rear facing cameras.