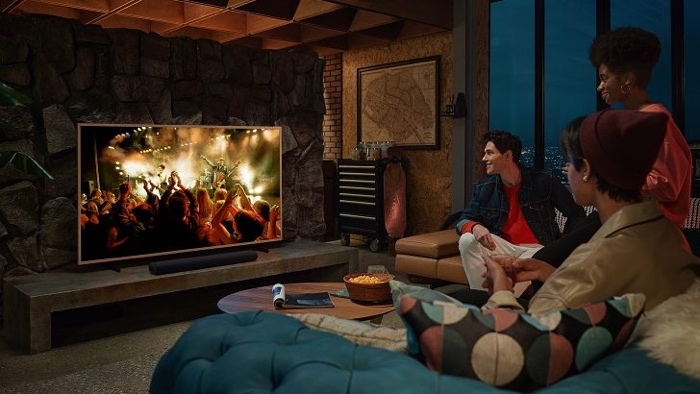 According to a recent survey conducted by Samsung, UK viewers watch an average of 62 hours of TV over the Christmas holidays.

The survey was conducted with 2,000 people in the UK and it revealed that from the 20th of September to the 2nd of January, we watch around 62 hours of TV or 4 hours per day.

Aside from turkey and presents, sitting down together on the sofa to enjoy a festive TV special is undoubtedly one of the most popular Christmas traditions across the nation. A new survey looking into the nation’s Christmas TV viewing habits has shown that, on average, Brits currently spend 62 hours over the Christmas period from 20th December to 2nd January watching TV, amounting to being glued to the box for almost four and a half hours every day.

Commissioned by Samsung UK, the research polling 2,000 Brits showed there will be five TV conversations had either discussing what to watch or talking about something they have seen, and two arguments over what to watch, with dads most likely to keep hold of the prized TV remote.

“Brits love to get the most out of their Christmas TV time, with 65% of people telling us they prefer staying in to watch TV over the festive period than going out,” says Deep Halder, Head of TV/AV Retail & Content Services, Samsung Electronics UK Ltd. “Families across the UK will soon be starting the much-anticipated conversations around what they’ll be watching on their TVs this Christmas and with the whole family to please, having a festive TV-watching plan is a great idea to get into the Christmas spirit and avoid any festive TV disagreements.

You can see full details on the Samsung survey of UK TV viewers over at their website at the link below.