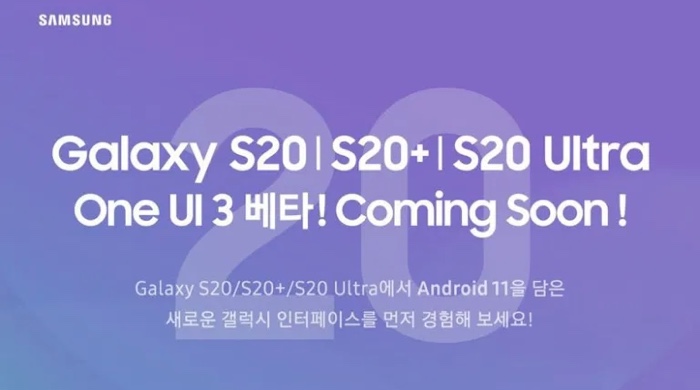 Samsung has revealed that they will shortly be releasing their One UI 3.0 beta for Android 11 for their Galaxy S20 range of smartphones.

It looks like Samsung is planning to release their new One UI 3.0 beta for the Galaxy S20, Galaxy S20+ and Galaxy S20 Ultra handsets.

The new One UI 3.0 beta will bring Android 11 to these Galaxy S20 smartphones and it is expected to be released in South Korea first.

Samsung are also expected to release their Android 11 and One UI 3.0 software in the USA and Europe at the same time as South Korea, as yet we do not have an exact release date for the software.