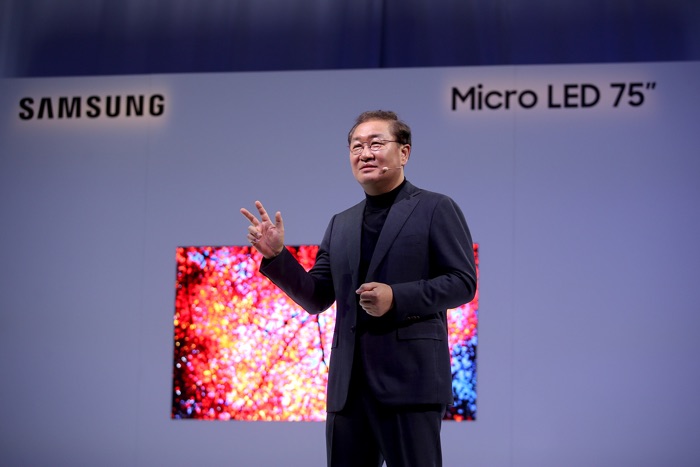 Samsung are showing off their new Micro LED TVs and also their new 219 inc The Wall TV at this years CES.

Samsung Electronics today introduced its latest innovations in modular Micro LED display technology during its annual First Look CES event at the Aria Resort & Casino in Las Vegas. The revolutionary new Micro LED technology designs featured at the event included: a new 75” display, a 219” The Wall as well as other various groundbreaking sizes, shapes and configurations for a next-generation modular Micro LED display – a 2019 CES Best of Innovation Award winner.

“For decades, Samsung has lead the way in next-generation display innovation,” said Jonghee Han, President of Visual Display Business at Samsung Electronics. “Our Micro LED technology is at the forefront of the next screen revolution with intelligent, customizable displays that excel in every performance category. Samsung Micro LED has no boundaries, only endless possibilities.”

You can find out more details about the new Samsung Micro LED TVs over at Samsung at the link below.