There certainly is no love lost between Apple and Samsung, the two companies are locked in a range of various court cases around the world, and Samsung recently released a new TV advert which poked fun at Apple fans.

Now Samsung is having a go at the iPhone, with the advert featured below, which appeared on Samsung’s Facebook page and describes the iPhone as old school, pictured along side an 80s mobile phone. 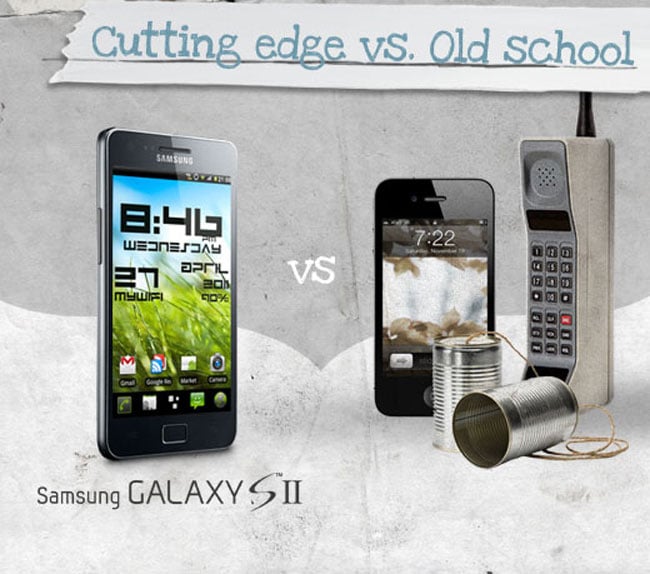 The advert implies that the iPhone is behind the times, just like the TV advert did, and you can see more of these adverts over at Samsung’s Facebook Page.