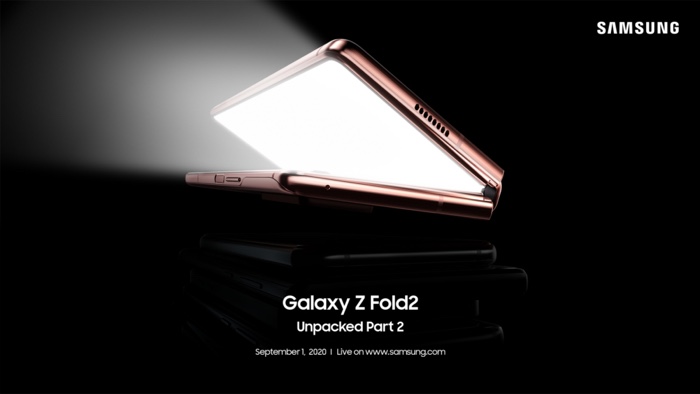 Samsung unveiled their new Galaxy Z Fold 2 at Samsung Unpacked earlier this month, although the company did not reveal the full specifications for the handset.

Now Samsung has announced that it is holding a press event for the device next week on Tuesday the 1st of September.

Join us on September 1 for Galaxy Z Fold2: Unpacked Part 2 to explore in depth the groundbreaking features of the Galaxy Z Fold2 Event will be available at Samsung.com and news.samsung.com at 10 a.m. ET.

Earlier we heard that the device would retail for £1,799 in the UK and it that would land in the UK on the 18th of September.

We will have full details on the new Galaxy Z Fold 2 smartphone when it is finally unveiled in full at Samsung’s press event next week.