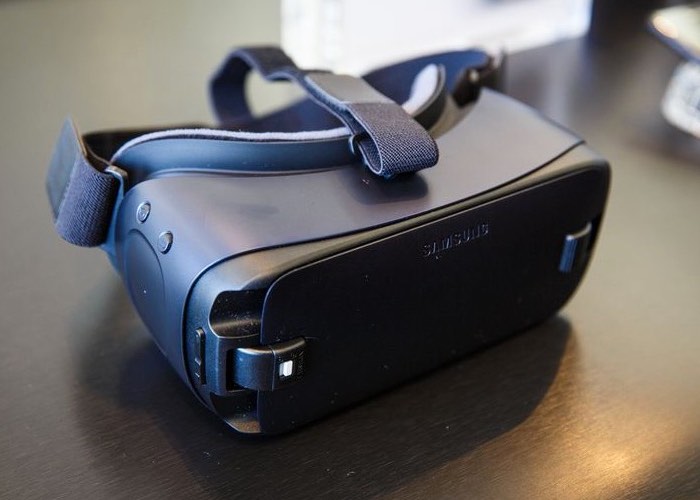 As well as officially launching their new Galaxy Note 7 smartphone, Samsung has also announced that their new Gear 360 camera will finally be available to purchase throughout the US later this month priced at $350. As well as unveiling a new redesign of their Gear VR headset.

The latest Samsung Gear VR 2016 virtual reality headset is now equipped with a USB-C port to connect to the new Galaxy Note 7 smartphone as well as sporting a more comfortable design. A second USB-C port is located on the top of the unit which has been added for “future accessories”s says Samsung.

New features of the Samsung Gear VR 2016 headset include :

– There is a USB-C port to connect with the Galaxy Note 7 (a Micro-USB adapter is included in the box to work with older Samsung devices like the Galaxy S7 and Note 5).
– The viewing angle has been expanded from 96 degrees to 101 degrees for a more immersive experience and reduced tunnel vision (honestly, I couldn’t tell the difference in the demo).
– The touchpad on the side is now flat, not recessed like before.
– There’s an Oculus Home button on the right side that quickly brings you back to the Oculus home screen (previously you had to long press the back button).
– Thicker padding around the face and longer head straps make the headset more comfortable.
– The headset is all black (including on the inside), rather than the white-and-black Panda-pattern of previous designs.