As well as launching their new Samsung Galaxy S4 yesterday, Samsung has also unveiled a prototype gaming devices in the form of the wireless Samsung Game Pad.

Currently Samsung doesn’t have an official name for the new Samsung Game Pad, but its been designed to provide users with physical buttons to enjoy gaming from the new Samsung Galaxy S4 without the need to use touchscreen controls. 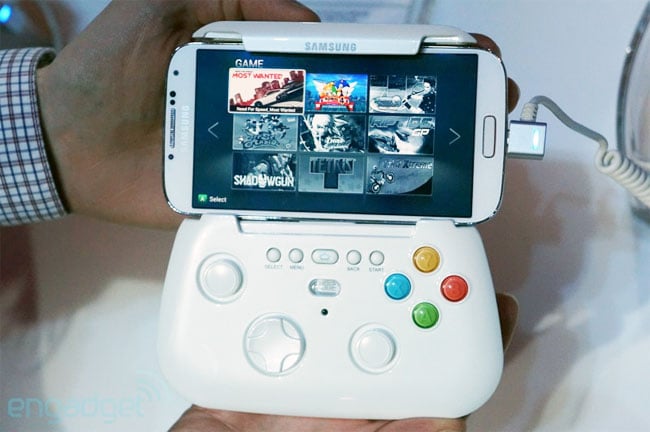 Engadget was able to have a hands on go of the new Bluetooth Samsung Game Pad prototype and created a quick video demonstrating some of its feature below.

The Samsung Game Pad is equipped with a dual analog sticks, D-pad and shoulder buttons on the rear, together with obligatory control buttons on the front, and runs using 2 x AAA batteries.

Unfortunately no information on pricing or worldwide availability has been released as yet for the Samsung Game Pad, but as soon as information comes to light we will keep you updated as always.