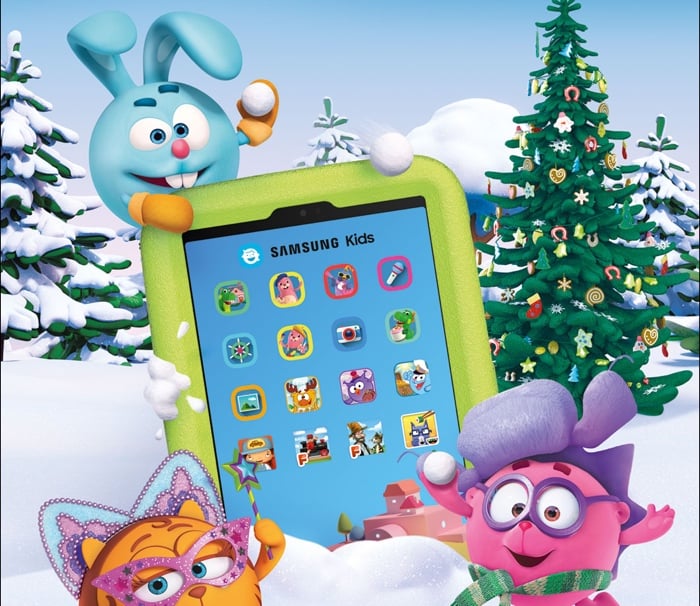 Samsung has launched a new Android tablet in Russia, the Samsung Galaxy Tab A7 Lite Kids Edition and the tablet is designed to be children friendly.

The Samsung Galaxy Tab A7 Lite Kids Edition comes with a 8.7 inch LCD display with a resolution of 1340 x 800 pixels.

The new Galaxy Tab A7 Lite WiFi is equipped with a bright protective cover-stand and received a special children’s interface, advanced parental control functions and a wide selection of pre-installed educational and entertainment content that will help young users learn the basics of digital literacy and learn a lot more new and useful things.

Galaxy Tab A Kids was released in partnership with one of the most popular and well-known children’s brands – Smeshariki. The device is placed in a colorful package depicting the heroes of this animated series, and a set of funny stickers with which a child can decorate a tablet is included as a gift.

The device is preinstalled with content from partner companies – Lego, Riki Group (Smeshariki brand), Toca and other popular brands. Fascinating applications will help you organize useful and educational leisure time for children.

The tablet features a MediaTek Helio P22T processor and 3GB of RAM and 32GB of storage, there is also a microSD card slot for expansion.