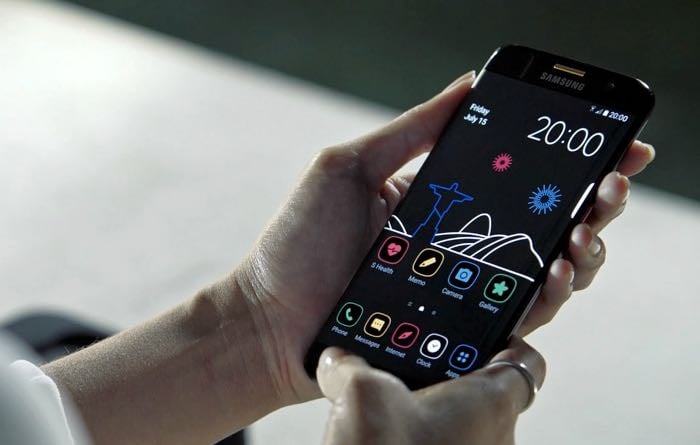 The new Samsung Galaxy S7 Edge Olympic Games limited edition smartphone has now launched and Samsung has released a video of the handset.

The video below gives us a look at the new limited edition Samsung Galaxy S7 Edge Olympic Games smartphones and some of its features.

It features a custom-made colorway pattern that designed in blue, red, green, yellow and black – the five colors of the Olympic Rings. There is a blue theme in the rear camera, sensors and flash, red in the power button, green in the volume button and yellow in the receiver and home key – while the device itself is a distinctive black.

The colors of the Olympic Rings are also featured in the phone’s user interface in both the home and lock screens. These can also be found in the message, dial and contact screens, as well as the notification bar.

You can find out more details about the new Samsung Galaxy S7 Edge Olympic Games smartphone over at Samsung at the link below.