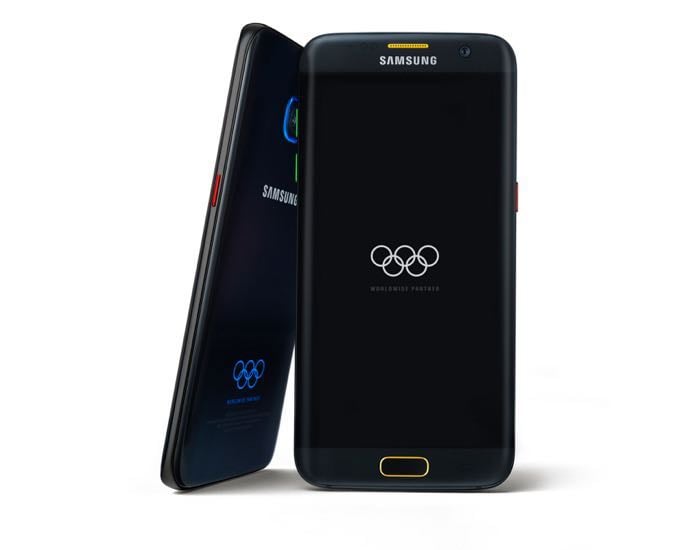 The Samsung Galaxy S7 Edge Olympic Games Limited Edition will go on sale later this month in a number of countries.

For the first time ever, the Rio 2016-inspired device incorporates an Olympic Games design embedded into the phone itself, featuring a custom colorway pattern including the five official colors of the Olympic Rings. The colors of the Olympic Rings will also be prominent in the phone’s user interface in the home and lock screens as well as the message, dial and contact screens and notification bar. Pre-loaded Rio 2016 Olympic Games themed wallpapers will also be available. Athletes will also receive Samsung’s newest smartphone accessory, the Gear IconX cord-free earbuds, which offer a new fitness experience with an in-ear heart rate monitor and standalone music player. When paired with smartphones, they can track fitness updates through the S Health app.

“Sports are all about an individual’s relentless journey of challenging complacency, and the Olympic Games are the ultimate global celebration of the progress and achievement of athletes, countries and their fans coming together to unite the world,” said Younghee Lee, Executive Vice President of Global Marketing, Mobile Communications Business at Samsung Electronics. “Samsung admires the spirit of Olympians and fans across the globe who continuously push boundaries for the better.”

You can find out more details about the Samsung Galaxy S7 Edge Olympic Games Limited Edition at the link below. As yet Samsung have not revealed any information on pricing.