We have already seen one render of the new Samsung Galaxy S4, and now we have another new one, although this one looks different than the previous one and we have no idea if this is actually of the Samsung Galaxy S4 or if it has been faked.

The photo below shows all the rumored specifications on the Samsung Galaxy S4 that we have been hearing about over the last few weeks, and the photo shows the handset with a metal casing and a pair of front facing speakers. 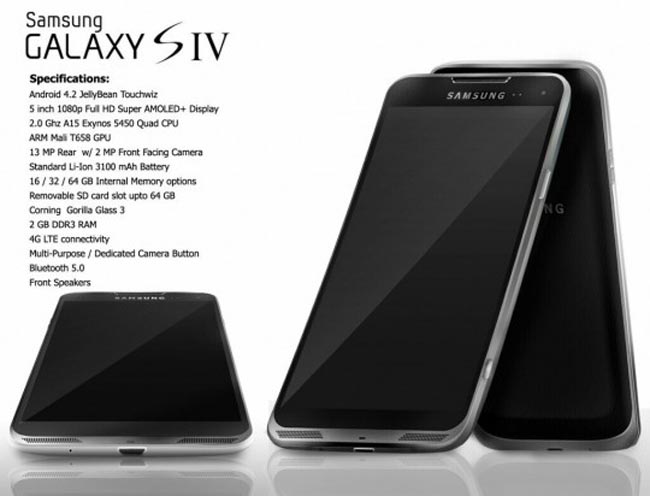 The specifications for the Samsung Galaxy S4 listed in the render include Android 4.2 Jelly Bean with Samsung’s TouchWiz UI, plus a 5 inch full HD super AMOLED+ display with a resolution of 1920 x 1080 pixels.

This version also mentions a different processor that we had previously heard about with a 2GHz Exynos 5450 processor and a Mali T658 GPU plus 2GB of RAM and a 13 megapixel camera.

We have no idea if this is actually from Samsung or just a mock up of what someone thinks the Samsung Galaxy S4 will look like, what do you guys think.