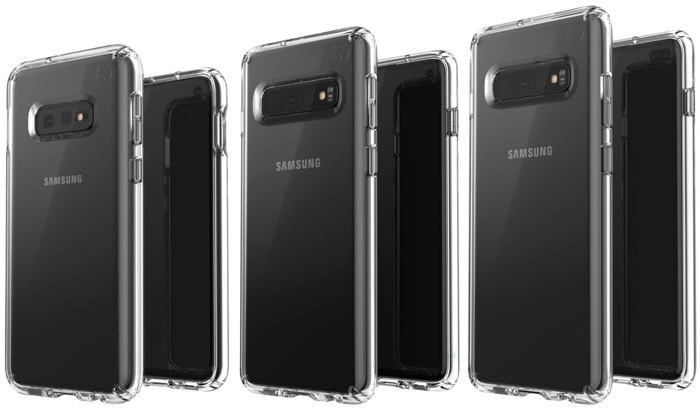 Samsung is holding a press conference next month where they will make the new Samsung Galaxy S10 smartphones official and now we have some more photos of the handsets.

The picture above shows the Samsung Galaxy S10 E (Lite), the Galaxy S10 and the Galaxy S10 Plus, all three handsets are shown in some cases and they were posted on Twitter by Evan Blass.

We know that the new Galaxy S10 handsets will come with the Samsung Exynos 9820 processor in some countries and the Snapdragon 855 in other countries. The handset is also expected to come with 6GB and 8GB of RAM and up to 512GB of storage.

Samsung will make their new Galaxy S10 smartphone official at a press release in San Francisco on the 20th of February, we will have more details about the handsets then.