To re-cap the Samsung Galaxy Note 8 is fitted with an 8 inch PLS display sporting a resolution of 1280 x 800 pixels and running Android 4.1.2 Jelly Bean, powered by a ARM Cortex-A9 quad-core processor. Watch the video after the jump to see it in action. 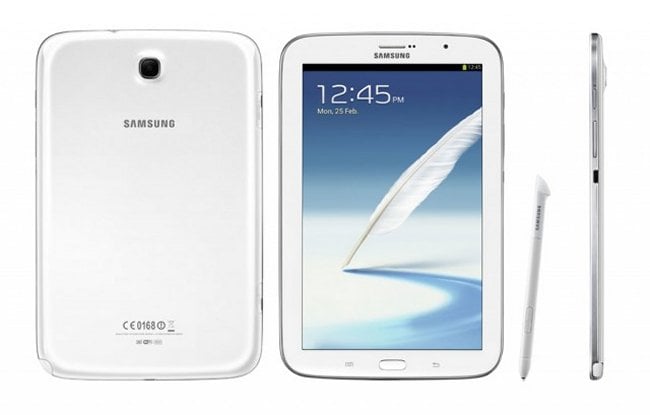 Other features of the Samsung Galaxy Note 8 include a front facing 1.3 megapixel camera and a rear facing 5 megapixel camera, together with  802.11 a/b/g/n WiFi, WiFi Direct, Bluetooth 4.0 connectivity, and USB 2.0 port.

Graphics within the Samsung Galaxy Note 8 are handled by the ARM Mali 400MP4 GPU, supported by 2GB of RAM, and the will be available in either 16GB or 32GB versions when it officially launches later this year.